Recent Super Bowl champion, and better human being than you or I, Chris Long is really stirring it up on twitter with his comments about Nova swing man Donte DiVincenzo in the wake of the Wildcats second NCAA championship in three seasons.

Sadly, unathletic white men everywhere are having a hard time coming to grips over Long’s comments about the outrageously talented and athletic DiVincenzo giving undo hope to white kids everywhere who will never sniff the ability to get rim, rather than make it to the NBA.

Like blood hounds to an escaped convict, twitter trolls flocked to an athlete mentioning skin color and had to take umbrage with his out of context comments.

Uhh 2 years ago the player of the tournament was white! And on the same team! #getaclue

Cringeworthy take right here..it will be pleasing if Eric flowers lays you out next year https://t.co/4kw2PCB2Ub

What’s race got to do with it bro?

Color of his skin has nothing 2 do with it. Plus hes 6'5 such a chump!

Oh I get it. I just don’t think you’re properly using your audience the way you should considering the racial divide in this country, not to mention your stance on equality. I’ll be looking out for those black joke tweets soon though 🤷🏽‍♂️

This should not have offended just white dads. It should have offended everyone truly yearning for equality. I am a 70 year old Grandmother and you made me weep for where we are at as a people.

(I weep for the grandkids who have Paulette as a grandmother. Too busy complaining on twitter about nonsense jokes instead of baking them cookies or being nice to them)

Chris are you saying white people can't be athletic?

(The majority of us are not athletic, I’m sorry)

There’s nothing like social justice keyboard warriors reaching out to a guy who donated every cent he made during the 2017-2018 to an education charity.

Is this where we’re at, right now? Everyone has to FREAK OUT over a simple, obvious joke about a reverse stereotype of white guys being unathletic? Are we so fucking sensitive about everything that we have to FLY OFF THE HANDLE at one of the legitimately good guys in the city who cares deeply about social justice, racial equality, and giving a hand to those less fortunate than him?

By the way, is he wrong? IS HE WRONG? You have Gordon Hayward, Klay Thompson, JJ Reddick, and….umm…..well….yeah, that’s really about it.

By the way, if you’re a dad and you’re worried that you son will become so disillusioned by Chris Long’s tweet that he will never make it to the NBA, than he’s a thin-skinned dolt who never had the makeup to make it in the NBA in the first place.

The lesson, as always, is that social media sucks and most keyboard warriors need to take a long walk off a short pier. 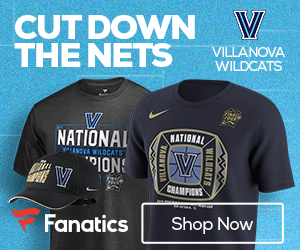