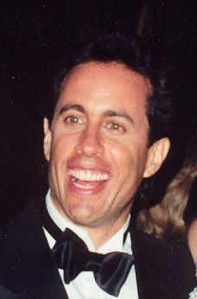 Jerry Seinfeld checks in with the Toboggan every now and again to provide a hot take about Philadelphia sports, the way only a neurotic Jewish comedian can. For best results, please read the following in a stereotypical Jerry Seinfeld 90s voice.

I can’t take it I tell you, I just can’t! Too much excitement! It was the separate knob. Why separate knob, why!

These kids are great but they can’t party like the 1986 Mets. Daniel Murphy invited me into the clubhouse after they clinched the National League Championship and they were spraying beer and champagne. Sure it’s fun, but where was the heart? I remember Keith Hernandez invited me out after the Mets won the World Series in 86. Cocaine, acid, male prostitutes, not that there’s anything wrong with that! Nobody saw Darryl Strawberry for weeks after the championship….that’s how you do it!

Who has a pony?! Who comes to a non-pony country?!

He looks more frightened out on the field than Larry David back in 1991 when a pimp named QuickFoot confronted him on set. Apparently Larry had been snorting crushed up Ketamine off of the ass of a Peruvian hooker all weekend and had skipped out on the bill. To make matters worse, the Ketamine was absorbed through the hooker’s skin and she lunged at another prostitute with a broken bottle because she said bugs were crawling out of her eyes! Larry thought he was going to get killed, so he promised the pimp he could appear in an episode during that season. He became so popular we had to make him a regular on the series! That pimp’s real name? Wayne Knight.