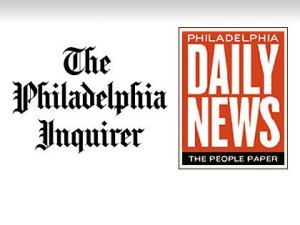 The newsrooms of the Philadelphia Inquirer, Daily News and Philly.com are going to combine as part of a restructuring of the parent company, Philadelphia Media Network. Layoffs will be happening in all branches of the company, representatives reported, which is a shame because some talented reporters will be losing their jobs.

But fret not! The Coggin Toboggan, the fastest growing Philadelphia sports satire news site in South Jersey, is open to bringing in SEVERAL new writers to contribute to our brand of accurate and award winning journalism.

We’re looking for only the best, the brightest, and the most professional reporters in the area to contribute articles for our publication.

END_OF_DOCUMENT_TOKEN_TO_BE_REPLACED

Philadelphia, PA – Reports coming out of yesterday’s Eagles practice are sketchy , but what can definitely be confirmed from the afternoon session is veteran Daily News reporter Les Bowen threw, what eyewitness could only describe as, an “absolute shit fit” when linebacker Kiko Alonso did not show up for a Q&A session with the media.

Tim Smithely, a front office public assistant, said Bowen went into an “absolute conniption fit” when the press officer mentioned Alonso had declined to participate in the media session.

“All of a sudden he just threw his arms up in the air and loudly stomped away from the group, grumbling about deadlines and wasted time. It was an incredible freakout, I haven’t seen anything like it in all my years with the team,” Smithely said.

Smithely added that it was “definitely a good old fashioned hissy fit.”